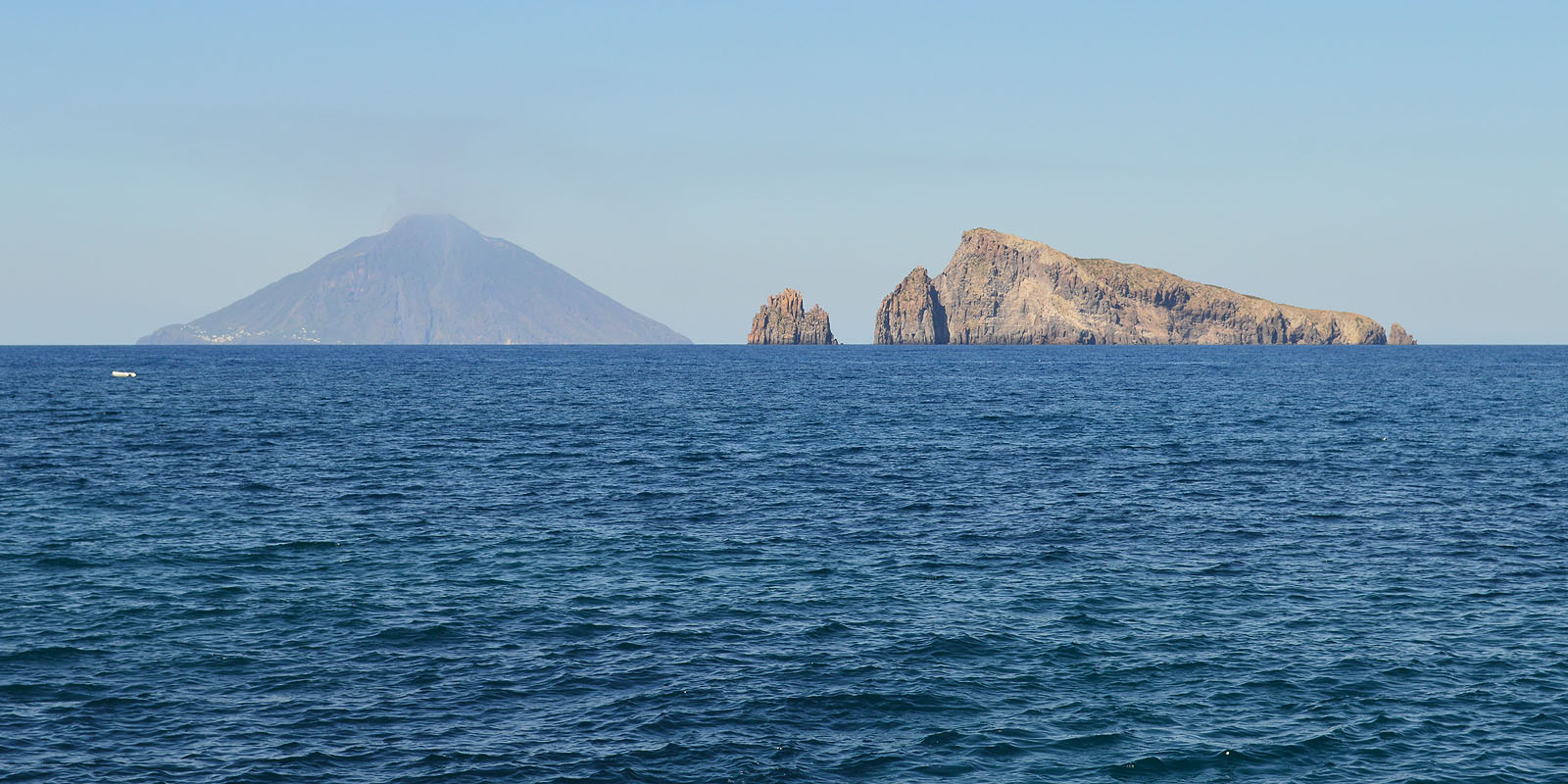 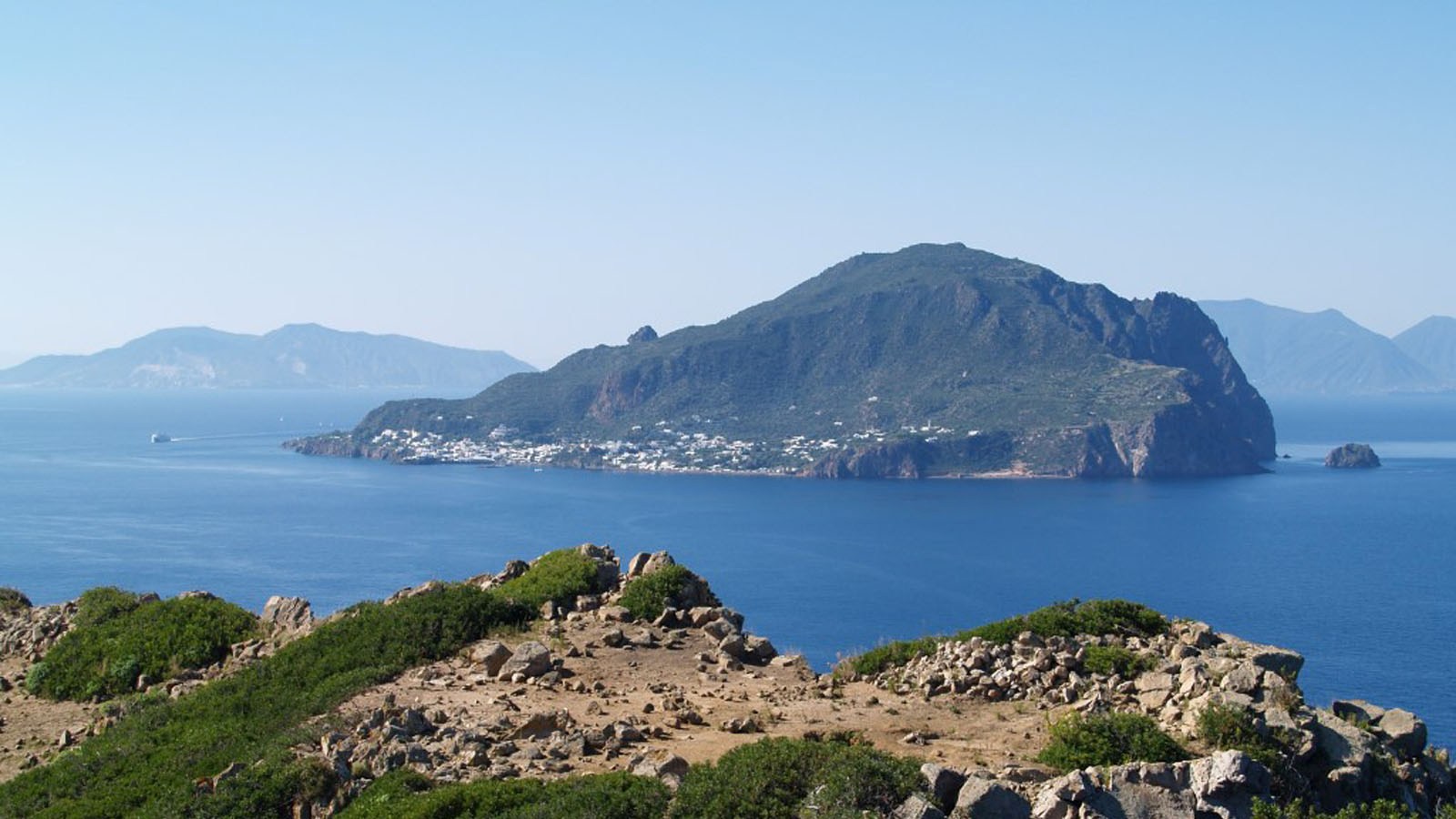 Panarea, the main mundane island of the Aeolian Island, with the islets of Basiluzzo and Spinazzola, Bottaro, Dattilo, Lisca Bianca and Lisca Nera and the rocks Formiche and Panarelli, is an archipelago located just between Lipari and Stromboli.

Rediscovered in the sixties of the twentieth century by a group of intellectuals and artists in search of a wild place, has now become the summer destination for VIPs, but just get there at other times of the year to rediscover the atmosphere of enchantment.

Panarea the “divine”, the queen of the nightlife of the Aeolian Islands or the “island of sin” as defined by the famous journalist and writer Lina Sotis in 1987 in the Corriere della Sera, has been immortalized in films like Caro diario by Nanni Moretti.

Chaos and nightlife lasts only during the middle of August, when the rite of the holiday mass reaches its peak. The rest of year Panarea found much more relaxing pace.

What makes it unique are many elements: the scents of the Mediterranean, the clear air without pollution (no cars here and we will move on foot or by small Ecotaxi), the Aeolian architecture intact is not marred by poles and wires, electric (all underground) with cube houses, terraces, designed by fuchsia bougainvillea swirls on the walls whitewashed.

To give the special and unique atmosphere are also the narrow and quiet streets which travel through between capers and prickly pear and nights lit by the stars and moon that enhance the air soft because in Panarea there is no street lighting. The rest is done by the sea, in many places near the coast, takes tropical colors and transparencies.

Halfway between Salina and Stromboli, Panarea is the smallest island of the Aeolian archipelago great just 3,4 square kilometers and with less than 300 residents, dominated by mount Punta Corvo 421 meters high.

From the geological point of view, Panarea is the oldest island of the Aeolian Islands and the surrounding islands is all that remains of eruptions of a single volcanic basin, now almost completely submerged and eroded by the sea and wind.

On the north-east of the island, in Calcara Beach is still possible to see geysers that rise from the cracks between the rocks (the typical colors sulfur), the last traces of volcanic activity at temperatures up to 100° C.

As told by an old legend, Panarea originally measured about forty square kilometers but in a terrible cataclysm ended up largely under water by the will of the gods that wanted to punish. Of the island of the past emerges now just a few spikes that make up the small archipelago of Panarea, a sea beach ideal for almost exotic, accessible with small boats for rent or by participating organized tours.

The Calajunco Bay is the famous natural swimming pool on the island, characterized by crystal-clear water and enclosed in the rocks of the headland of Punta Milazzese, where archaeological excavations carried out in 1948 have unearthed the remains of 21 oval and round huts dating back to the Bronze Age.

Caletta Zimmari is the only beach on the island is located between the town and Punta Milazzese, very popular with tourists during the summer and characterized by reddish sand.